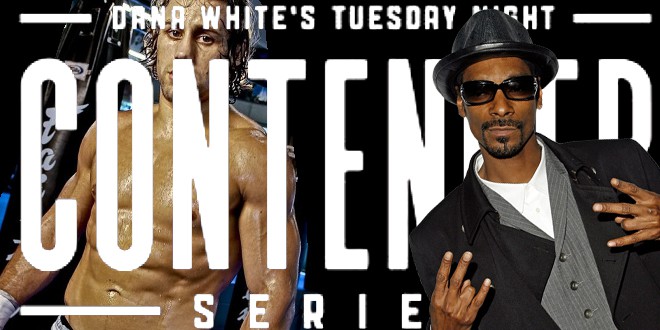 It might as well have the UFC name attached to it though, it will be called “Dana White’s Tuesday Night Contender Series” and it will function as a feeder league into the UFC displaying top talent from all over the country. It is so closely related to the premier organization in mixed martial arts that the fight cards are being displayed on the home page of UFC.com. However, they are being kept sternly separate from the UFC with the fighters appearing on the home page with flat black gloves that don’t feature the trademark UFC across the knuckles and with no Reebok logos anywhere in sight.

The series will premier on July 11th on UFC fight pass with 5 live fights being held weekly starting at 8pm Eastern Time. The fights will take place in the Ultimate Fighter Gym in Las Vegas, Nevada where all the fights on the TUF reality show also take place. That leads us to believe that there will be only the UFC brass in attendance physically which should make for an interesting dynamic for fighters that are used to fighting in front of crowds. As of this writing, the premium online sportsbooks that offer MMA betting lines are not covering the series in their current odds.

Unlike the TUF reality show, the bouts in the contender series will not be exhibition bouts and will count towards the athlete’s professional records. According to the “Complete guide To Dana White’s Tuesday Night Contender Series” on MMA-today.com, main events will still be 3 round fights instead of the normal 5 and each of the fighters will be signed to a single fight contract with the series with no promises in either direction. Each fighter will be paid $5000 to fight and another $5000 if they win but no one is guaranteed a contract into the UFC without a spectacular performance in the Contender Series.

Another exciting twist to this new development in MMA is that there will be more than one option for commentary. Fans will have the option to watch and have the commentary that is linked to the promotion’s production of the fights or another option that is a little less traditional. Snoop Dogg will sit alongside UFC Hall of Famer and all around funny former world champion, Urijah Faber in the alternate audio feed dubbed the “Snoopcast”.

In an interview with ESPN.com, Snoop informed us about how excited he is to be trying something new and was quoted, “Y’all in for a brand new experience with Dogg on the mic.”

The Vice President of International Content for the UFC, Joe Carr, was also interviewed as he talked about where the idea for multiple audio tracks on the broadcast came from. “If you watched March Madness coverage, once you get toward the Final Four, there are unique feeds, whether it’s a Duke channel or a Kentucky channel. I think people are starting to cater to different fan segments.” He continued to talk about how he thinks it will broaden the appeal of the UFC and bring in different fan demographics with the new approach to fight commentary.

Dana White’s Tuesday Night Contender Series is on the books for its debut season of 8 episodes over the span of 8 weeks. The fight card for the first episode, which takes place on July 11th at 8pm EST is as follows:

There is a nice selection of seasoned MMA fighters who will gain some helpful exposure as they look to land a UFC contract.