Home  •  Maymac: 1 Difference Between MMA And Boxing That Was Put On Display

Maymac: 1 Difference Between MMA And Boxing That Was Put On Display 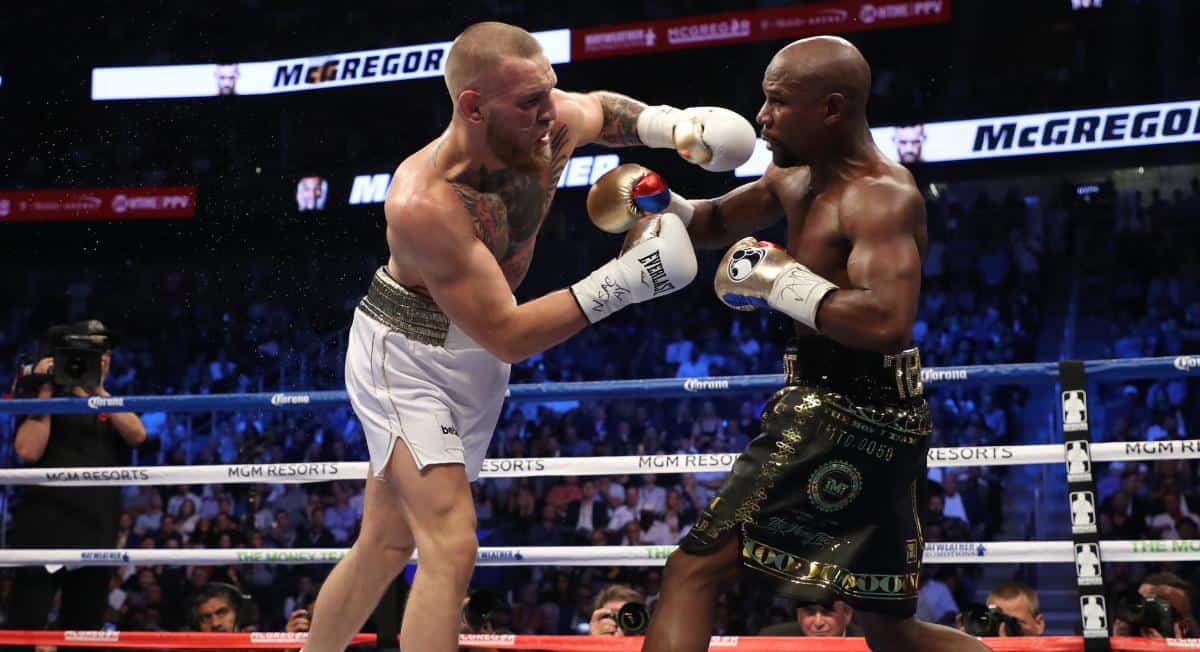 The recent MayMac fight was a spectacle to behold. This fight broke records for fight viewership and sports betting on fights, among others, and garnered attention as the historical event that it was. Boxers are the elitists of combat sports and I don’t mean that as a compliment. They look at everything else as inferior and tend to scoff at the mere mention of MMA. The MayMac mega fight worked against that in a real way. It was almost a glimpse into the hypothetical for us to learn from. It was like a work of fiction that was designed to inform us on the real-world inadequacies that the fiction takes place in. Only it wasn’t fiction, it was real and that’s precisely why this fight was so valuable. It gave us a real world opportunity to learn the glaring differences between the sport of boxing, and MMA. A case study that we can rely on in the debate that has been raging on between the two sports since MMA hit the mainstream.  As both sports have grown in popularity, MMA betting sites have flourished, providing online access for fans worldwide.

Athletically, the sports are vastly different. Obviously, where MMA requires an athlete to train in various martial arts, the sport of boxing only requires the one. This allows for much more refined and strategized approach to competition and much more detailed approach to the techniques that an athlete uses. The boxing skill of someone who only focuses on boxing is obviously going to be developed well beyond that of an athlete who has 2-3 additional martial arts he must train in to be competitive. Despite the obvious nature of this premise, Conor McGregor showed his boxing skillset to be at least comparable to high-level boxers. He proved at many points in the fight that he could hang, skill for skill, with arguably the best boxer of all time.

It was the refined strategy of Mayweather, however, that started to allow Floyd to pull away in the fight, not his raw boxing skill. Of course, this lends itself to my bias of the fight, which is unavoidable, but I ask you to follow with an open mind and hold your critique for after.

My opinion on the fight is that I think Floyd gave away the opening rounds to let McGregor tire out and then proceeded to end the fight when he deemed it more easy to do so. He simply didn’t open up his offense to avoid getting caught with anything until he was confident that McGregor had been weakened by fatigue. In that, there’s a commentary on the difference between the sports. In MMA, there are significantly less rounds in a fight. This makes the strategy to give away rounds significantly less effective and appropriately destroys it entirely. In boxing, however, we frequently see athletes choose tactical rest rounds in the midst of their fights to ultimately bring them to victory. It’s not usually as easy to see as it was in MayMac, (in my opinion) but prevalent it is, nonetheless.

So, obviously, boxers are better boxers than most MMA fighters, but now we know that it is at least possible for notable MMA fighters to have those skills even though they translate differently to the MMA rule set. The main difference that I saw in this fight was the age and maturity of boxing as compared to the angsty know-it-all teenager that is MMA. The strategy that is required for a 12 round boxing fight is much more nuanced, complicated, and intelligent than that of an MMA fight. This isn’t to say that strategy isn’t a big deal in MMA, because it is, but I personally don’t believe that the sport has been around long enough to develop the tactics and polished professionalism in the ring like boxing has.