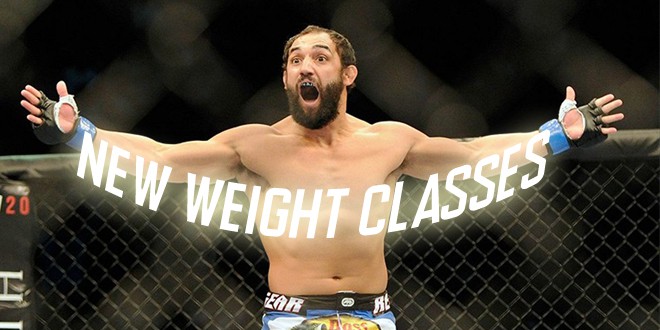 The problem with weight cutting has plagued MMA for as long as the sport has been regulated. For those of you who don’t know. The term “weight cutting” refers to the way fighters starve and dehydrate themselves in the lead up to their fights so that they can make a lower weight than they really are. The next day, once they have eaten and rehydrated, a fighter that competes in the 155-pound class could be anywhere from 165-180 pounds. The added size advantage is such that if a real 155-pound fighter stepped in there with a 180 pounder that had similar skill levels he would almost always lose to the bigger man. The point is to get a competitive edge but now it’s so openly practiced that its merely to stay on an even competitive level. Everyone does it, so it forces everyone to do it just to keep it fair. It’s a terrible practice and it has caused serious illness, serious injuries, and even death. It simply needs to be abandoned.

While some organizations are trying to stop the unhealthy practice of weight cutting, it seems like a problem that can’t be solved. No matter what you do, fighters will still try for that competitive edge. Part of the problem is that there are so little weight classes and such large gaps between them. Traditionally, MMA has only ever offered 155, 170, 185, 205, and 205+. This has left fighters who are more naturally suited for weights that are in between those classes, to cut dangerous amounts of weight in order to make it to the lower class or risked being under sized for the one above it.

The Association of Boxing Commissions (ABC) has finally approved four new weight classes for MMA and while this might solve the problem outright, it will surely help. We will now have the pleasure of seeing MMA athletes compete at Super Lightweight which is 165lbs, Super Welterweight at 175lbs, Super Middleweight at 185lbs, and Cruiserweight at 225lbs.

Now that these classes are in the books, promoters will be able to either choose to use them or not. This is something that was stressed in the meeting by the authors of the rule. These are only classes that can be used while some promoters may not wish to use them. The ABC rules and regulations Chair, Sean Wheelock commented in an interview with MMAjunkie that the new divisions have not been created to remake MMA into something that even closely resembles boxing.

The medical chair of the ABC, Andy Foster, is a proponent of the rule change because he thinks it will stop fighters from cutting so much weight. Foster is also the California State Athletic Commission’s executive director and has been one of the leaders in weight cutting reform. Foster was quoted on MMAjunkie about how he knows UFC executives may not be enthusiastic about the super welterweight class because the traditional welterweight class, the class that Tyron Woodley is the champion of, is only 5lbs below it. “I know the UFC is not going to open 175 this afternoon. But it sets it up for the future.” It will also be interesting to see how the changes in weight classes affect the betting lines covering odds for UFC fights.