This Might Actually Happen: Conor McGregor vs Floyd Mayweather Jr. 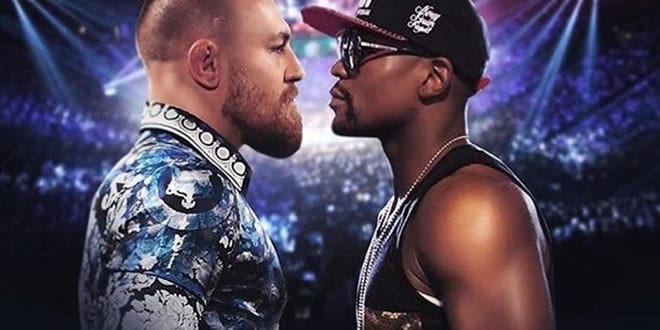 You just can’t question the outlandish things that Conor McGregor says anymore. It started when he begun to accurately predict the devastating outcomes of his fights and then it persisted through a rematch victory over Nate Diaz two weight classes above where McGregor won his first championship. He continued to be taken for a madman when he said he would be a two-weight world champion, simultaneously holding the featherweight and lightweight titles in the UFC. A feat that has never been accomplished in the history of the UFC was made to look easy by the Irish sensation. One has to wonder if his ‘madness’ influences the MMA betting odds.

Conor has been able to consistently make all of his grandiose and unbelievable predictions become a reality. In doing so, he has changed the nature of MMA and has taken the sport to new levels in viewership and financial compensation for the athletes. Conor McGregor can be directly attributed to a pay increase in all the top fighters, not just himself.

Conor has been making a new outlandish claim for a while now and it is another first for the world of MMA. He’s going to make a cross over into the sport of boxing and fight arguably the best boxer that has ever lived, Floyd Mayweather Jr. The deal has not been set yet but all the stars are aligning and it certainly appears as though it is going to happen now that Dana White has been quoted publically in favor of the event.

The boxing versus MMA debate has raged on since MMA came into the public spotlight. Boxing enthusiasts have always maintained the uneducated opinion that boxing is superior to MMA. The first real transition between the sports happened in 2010 when boxing heavyweight world champion James Toney, one of the most dangerous boxers to ever live, faced off with UFC Hall of famer and former 5-time UFC world champion Randy Couture.

Boxing enthusiasts were quickly humbled when they realized the differences between the sports. Randy Couture, not wanting to stand with the world champion boxer, quickly shot for a take down and submitted the heavyweight-boxing kingpin with ease. Since then, boxing commentators and experts have maintained a more humble and realistic idea of mixed martial arts. That although it requires a less refined skill in the specific sport of boxing, the breadth of skills of the mixed martial artist is too much for just the pure boxer to deal with under the MMA rule set.

Now, we finally get to see it the other way around. Since the James Toney fight, the boxers have maintained their superior attitude in the event that the mixed martial artist should come over to the boxing rule set. Most MMA commentators surprisingly tend to agree with them, always noting the fact that Conor McGregor indeed has a tall order to fill in facing, who some consider to be, the greatest boxer of all time in his professional boxing debut.