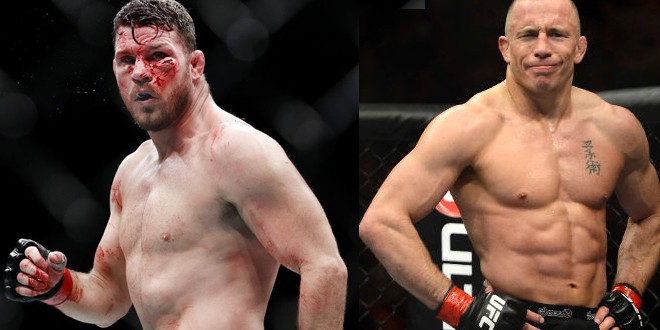 George St. Pierre is set to take on the middleweight champion of the UFC, Michael Bisping at UFC 217 in Madison Square Garden on November 4th in what promises to be a hot ticket item at the premium MMA betting sites.  He is still the most dominant champion in welterweight history. He successfully defended his belt 9 times before he retired after defeating Johny Hendricks in a closely contested split decision back in 2013. But this fight isn’t at welterweight, and it isn’t 2013 anymore.

Michael Bisping, on the other hand, has had a tough road to his championship and he has only defended it one time. He was the Ultimate Fighter 3 light heavyweight tournament winner and is visibly a bigger man than George St. Pierre. Since GSP fought last, Bisping has fought 9 times against legends in the sport like Anderson Silva, losing only two of those bouts. He is ranked among the upper echelon of MMA champion fighters and titleholders.

In recent years we have seen the sport of MMA elevate itself to a new level technical prowess. When Ronda Rousey took an extended break after her loss to Holly Holm, she came back to fight Amanda Nunes and it looked like the sport has passed her by. It’s hard to take one fight and apply to another based on the complicated and spontaneous nature of fighting, but GSP has taken an even longer layoff in his retirement and it will be interesting to see what skills he brings to the cage.

In GSP’s championship reign he became known for his ability to mix all the aspects of mixed martial arts together better than anyone in the sport. He would strike with his opponents to the impact of a professional kickboxer and right when his opponent’s adjusted to a striking match, he would change levels and complete a takedown, never having any high level wrestling background. On the ground he has been known to look for ground and pound finishes in equal comparison for his love of finding those submissions. There has truly been no other athlete that could combine the various aspects of MMA as well as GSP could.

But is it still the same sport as when he left it? Its possible that the sport has become so specialized that the jack of all trades and master of none might lose out to the master of one trade if they are at least proficient in the others. The question I’ll have in this fight is if GSP’s style still works in modern MMA, that and how much Michael Bisping’s size will play a role.

UFC 217 has three other match ups that could easily headline an event of their own making it one of the best cards of this year. It will include TJ Dillashaw vs Cody Gardbrandt for the Bantamweight Championship of the world, Joanna Jedrzejczyk vs Rose Namajunas for the Women’s Strawweight Championship of the world and a title eliminator in the Welterweight division between Stephen “Wonderboy” Thompson and Jorge “Gamebred” Masvidal.